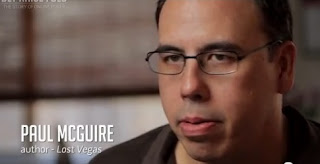 Pauly is a writer, traveler, and insomniac. He grew up in New York City, but currently lives in Los Angeles, CA.

'Dr. Pauly' is Pauly’s online poker moniker. He’s not a real doctor, but plays one on internet. You can find him on most social media platforms as @TaoPauly.

Pauly is the author of a memoir about his experiences as a reporter in Las Vegas titled Lost Vegas: The Redneck Riviera Existentialist Conversations with Strippers, and the World Series of Poker (2010). A French version of Lost Vegas was published in 2011 by Inculte.

Pauly’s first novel Jack Tripper Stole My Dog was published in 2011. It is a novel about a Russian cab driver from Brooklyn.

Fried Peaches is Pauly's second novel and third overall book. The e-book is currently available on Amazon. The print version will debut in November 2018.

You can buy Pauly’s books via Amazon.